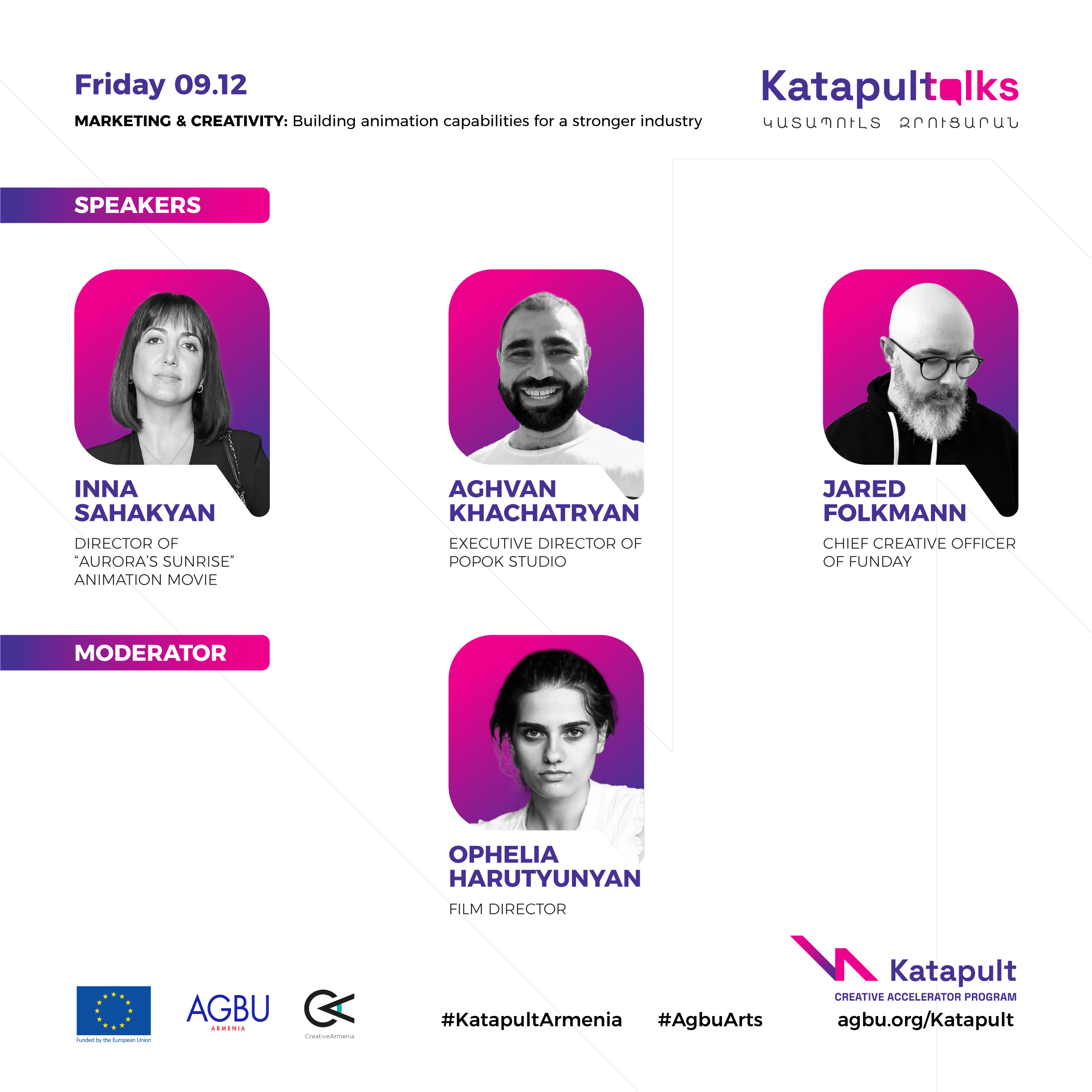 To maximize the potential of human capital and talent, AGBU Armenia is working in partnership with Creative Armenia and with the funding of the European Union to invest in a new and critical program: Katapult Creative Accelerator Program.

Katapult is a program to catalyze Armenia’s creative economy. Its core activities are designed to promote, connect and empower the creative and cultural sector in order to harness collective intelligence and improve overall sustainability.

Katapult Talks is a biannual virtual summit that invites experts to share their experience and practical industry insights. “Fall 2022: Investments in Creativity” is our first edition of Katapult Talks that looks at new models and opportunities for sustainability in the creative industries.

Speaker: Inna Sahakyan is a producer and director with more than 15 years of experience in the film industry in Armenia. She started her career by directing and producing several PSAs (Public Service Announcement), and short documentaries for local and international organizations. Since 2003, she has been working with Bars Media, the largest independent documentary production studio in Armenia. Inna Sahakyan’s award-winning animation documentary Aurora’s Sunrise, which was one of the first stories to speak up about the Armenian genocide.

Aghvan Khachatryan is the co-founder of Popok Animation, a Gyumri-based animation studio. He has more than 20 years of experience in computer graphics and 6 years experience as an animation producer, as well as a producer of VR/AR technologies.

In 2018, Aghvan co-founded the “Gyumri Animation School” NGO, which provides free animation classes to Armenian youngsters from all over the country.

Speaker: Jared Folkmann is a Canada-based strategist with over ten years of experience in strategic solutions for digital-oriented global companies. Jared has a strong expertise in digital and branding strategy. Previously, he worked in the Critical mass, where provided leadership and strategic advice for clients and large companies, developing digital platforms and a full-service digital experience.