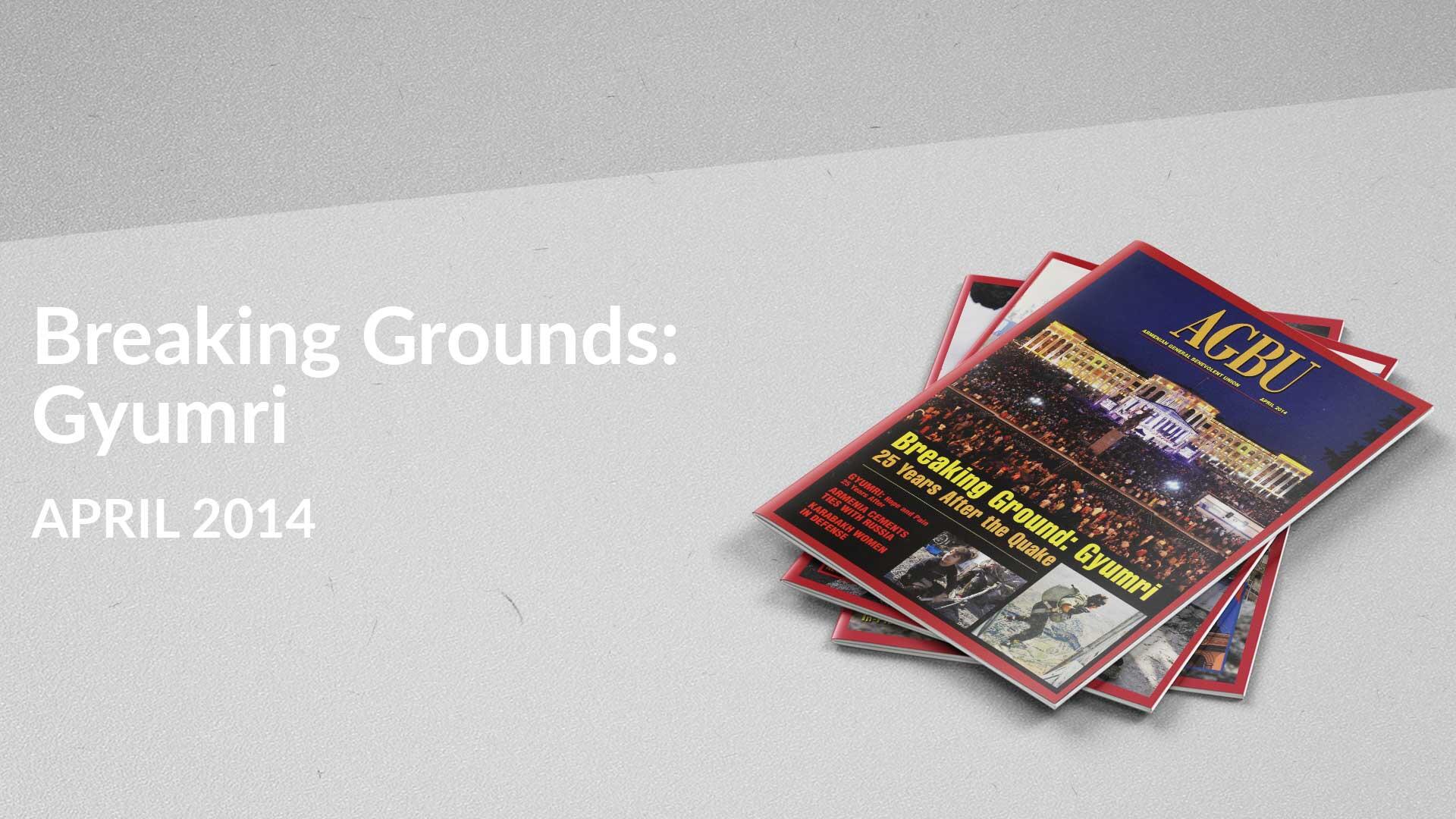 Layout Version
All eyes are on the first generation of students that participated in Armenia's compulsory chess program—the first in the world—who will graduate this year from elementary school.
Journalist Vahan Ishkhanian still remembers the shock of his colleagues when he published an article about a gay man's arrest for sodomy in 2002. The article stirred harsh debates in Armenia's conservative society, Ishkhanian says, and many questioned why the reporter would put his reputation on the line to tackle the controversial subject.
Sergei Paradjanov, the renowned Armenian filmmaker, whose dazzlingly irreverent works caused an equal amount of consternation for the Soviet authorities and wonderment among his devotees, comes alive for audiences in the 2013 biopic. Paradjanov, directed by Olena Fetisova and Serge Avedikian—who plays the man himself—was a joint Armenian, French, Georgian and Ukrainian production. Its 2013 premiere in Odessa, Ukraine, came on the eve of the 90th anniversary of the filmmaker's January 9, 1924 birth in Soviet Georgia.
Take a tour of the Armenian Defense Ministry's elite academies and you'll meet aspiring officers and veterans who embody the country's strength and resilience. They are highly skilled and ready to serve. Many of them also shatter stereotypes. They're women.
His Holiness Karekin II, Supreme Patriarch and Catholicos of All Armenians struck a universal chord when he, as one of the newly-elected presidents of the World Council of Churches (WCC), put the pressing conditions of Christians in the Middle East at the top of his agenda.
When athlete spouses Artur and Alla Mikayelyan began teaching a group of children to ski in their remote northwestern village of Ashotsk in 1998, many welcomed the generous initiative. At the time, few could have imagined that some of those children, learning on the rudimentary slopes in Shirak province, would go on to become Armenia's ambassadors to the Sochi Winter Olympics in 2014.
Armenian President Serzh Sargsyan made waves in September when he cast aside a slated European accord in favor of deepening ties with Moscow through the rival Eurasian Customs Union. It was a major foreign policy shift for a country that has sought to maintain rock-solid relations with Russia, while deepening its institutional ties with Europe. At the time, the country was weeks away from signing the European Union Association Agreement containing a Deep and Comprehensive Free Trade Area at the 3rd Eastern Partnership Summit, held in Vilnius, Lithuania.
Savoyan was once a verdant district in a bustling metropolis, known for its thriving arts scene and political activity. Today, the neighborhood is filled with stray dogs and ramshackle tin houses— known as domiks. The weary expressions of its residents provide a window into the hardships borne by them since an earthquake shattered Gyumri 25 years ago.
Over the past 14 years, the Izmirlian Medical Center in Yerevan has un­dergone numerous transformations. First known as the L. Nazarov Proctology Scientific and Research Institute, operating under the auspices of the Armenian Health Ministry, it was privatized by AGBU in 2000. The following year, AGBU donated the hospital to the Mother See of Holy Etchmiadzin, and in 2012 was renamed the Izmirlian Medical Center and St. Nerses the Great Medical Center.
Just a few miles north of Dilijan, tucked away in the quiet mountain ranges of the Tavush Province, sits the ancient Haghartsin Monastery complex. Since the 10th century, the complex has served countless congregants. In recent years, it has become a destination for scores of Armenia's international tourists. And, in 2005, it drew the attention of a new patron: His Highness Sheikh Dr. Sultan bin Mohammed Al Qasimi, member of the Supreme Council of the United Arab Emirates (UAE) and Governor of Sharjah.